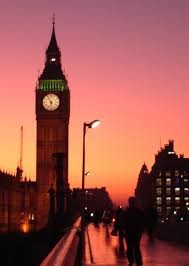 1.
the indefinite continued progress of existence and events in the past, present, and future regarded as a whole.
“travel through space and time”

2.
a point of time as measured in hours and minutes past midnight or noon.
“the time is 9:30”

When thinking about the concept of time, the human mind usually refers to it as something we are “running out of” or something that is “not enough.” I googled the phrase “running out of time,” and exactly 2,200,000,000 results popped up on my feed. Music, books, movies: all with the same title. People seem to love this concept. The concept of not only time but the draining of it.

Two Weeks Before This Discovery

I had finally come up with a good idea for my next newspaper article: “Lessons Learned Since Covid 19.” It seemed fun, easy, and a positive piece. Well, when I sat down to write this article, I was trying to think of a clever way to start it – maybe it would involve a snappy introduction followed by a few quotes from people I interviewed. Long story short, I couldn’t come up with a single thing. Fast forward three days, and there I was again. Now, this might sound weird, but those past three days, I had been thinking a lot about time, and how I never seem to get anything I want to get done, done, like this article. With all the time I spend in my Zoom classes, time on my phone, sleeping, doing chores, and homework, there just didn’t seem to be enough time to get it all done.

While I was thinking about time, I thought of the quote, “Time is of the essence.” Typically, I never really think about quotes, and they never make an impact on me, but when I think about the essence of time, it does seem valuable. The average American spends five or more hours on their phone a day. That’s about 20 percent of the day spent on their phone. What a crazy statistic! So, as this concept of time is roaming through my head, I thought about my article. I knew it would be wise to think about the biggest lesson I had learned since Covid before reading other people’s lessons, and it would make it easier to form an idea. So, I have come to the conclusion that the biggest lesson I have learned this year is that time is valuable and I must spend it wisely.

A Few Days Before This Discovery

Sophia Piro, a senior at CLC, told me when I interviewed her, “Throughout the lockdown, I was spending a lot of time alone and not as much with my friends as I usually would.” There it was again, “time.” Sophia then reflected on her alone time as something that “helped me establish better habits in the self-care aspect of my life. I also think that it has made me see a lot of things in a new light that I usually wouldn’t think too much about.” Her positive spin and thoughts on time made the whole subject seem a little less daunting.

I later emailed Mrs. Rzepecki, a Spanish teacher at CLC, about her views and lessons throughout Covid so far and she responded that “I’ve always believed that we should help those in our society that need it; that those who have should help those who have not.” Her entire interview seemed to be about taking the time and responsibility to help others, so either I was crazy or the concept of time was something that was everywhere.

Every person I interviewed, articles I read, and thoughts I had seemed to lead to the idea of time. Either I was overthinking it or this was the reality. To be honest, as I’m re-reading my article, I seem to be focusing on a completely different subject than my original idea. But, instead of changing my article, I am going to change my idea. My idea is time. I have come to the realization that over time, perspectives are developed, beliefs are created, and memories are made. “Time is running out,” though a very popular saying, seems to be something that should no longer be said. I think that instead of “Time is running out,” we should say “Time is valuable” because though the clock is ticking forward, we must remember that as long as it ticks, we have the ability to do what we want with it. We have the power to make it valuable.