Book Review of Cinder: Not Your Typical Fairy Tale 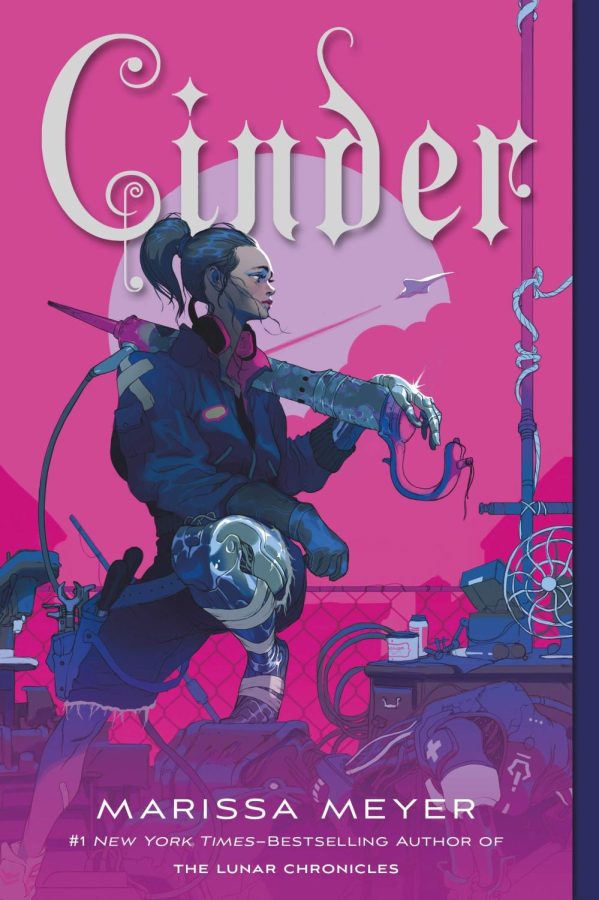 You all know the story of Cinderella, right? In case you don’t, she is the princess with a cyborg mind and foot with the ability to tell when someone is lying. Remember her? No? What about the fact that she’s on the run from the lunatic Queen Levana, ruler of the moon? Or how about the fact that she works as a renowned mechanic that can fix just about anything? Still, nothing rings a bell? Maybe that’s because Cinder isn’t the fairytale story that your parents told you before bed; in fact, it’s a twist on everything that you know in the fairytale world.

Cinder, the main character of a 5-book series, takes you on an adventure through the fairytale kingdom. Growing up, she lives in New Beijing after World War 3. World leaders have made peace with each other and have enjoyed a time without any war. Technology has advanced far beyond your beliefs. However, it’s come at a cost; a great plague has ravaged the world called the blue fever. There is no known cure yet. As Cinder tries to live her life, things begin to spiral out of control fast. After a day at the market, the plague runs rampant around the booth near Cinder. Suddenly, everything she’s known is thrown into chaos, and she’s the only one who can stop it from completely destroying the world.

Sadly, it’s not as easy as it sounds when it becomes more than just having to save the world from a plague. In fact, she has to save the world from something far greater with a plan and plot far deeper than anyone could have imagined. Marissa Meyer puts a fantastic twist, and it’s something that you won’t want to miss. Marissa Meyer has several otherworldly fantasy books (my all-time favorite is Heartless – a wonderland story based on the backstory on the queen of hearts), so if you are interested in fantasy and science fiction or superhero stories, Marissa Meyer will have something for you! It’s available at CLPL, CLC, & on Sora.

Don’t forget to check out the other books in the series!

Cinder
Scarlet
Cress
Winter
Stars Above (this is an epilogue and side story to the character and not needed to finish the series unless you want to)
Fairest (Queen Levana’s backstory, not part of the series)