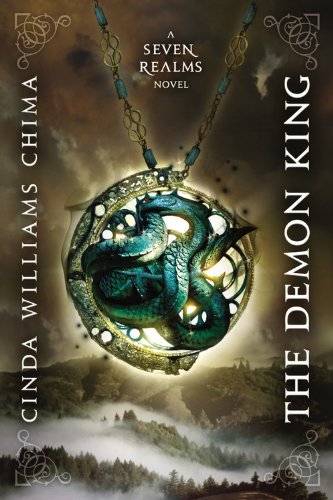 Han Alister is a known street thief and now murderer or so it’s thought. With all the rumors circling, it’s hard to tell what’s true and what isn’t. Risa is the princess heir to the gray wolf line and desperate to get out; she doesn’t want to rule or have to marry Micha, the wizard son of the Bayars.

When trying to help some of the poor, Han appears on the scene, taking her captive to escape from trouble. He lets her go as soon as he can, never knowing she was the princess heir. Both part ways but never truly forget that night.

When Risa runs off one night, she hopes to escape the future of a terrible marriage with Micha and possibly to convince her guard to marry her. Things take quite a dramatic spin as Chima sends the characters right back at each other when they try to hide out in the same school called Oden’s Ford.

Together, striking a bargain, they soon find themselves tangled in a plot that fate itself seems determined to pursue, for better or worse. This book will keep you on the edge of your seat.

It is available at both the CLPL & CLC’s library.