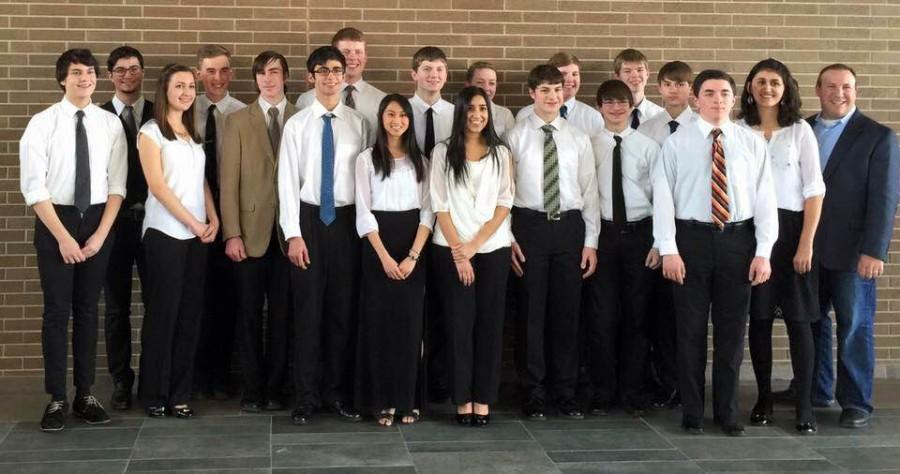 This past Saturday, January 23rd, at Woodstock North High School, selected students from around the McHenry County area had the honor of performing not only with each other but also alongside respected guest conductor, John A. Thomson.

Mr. Thomson received his Bachelor’s and Master’s degrees from Carnegie Mellon University, later completing coursework towards a PhD in Music Education at Northwestern University. Currently, Mr. Thomson is an adjunct professor in music education at Roosevelt University in Chicago, as well as an active guest conductor, clinician and adjudicator, having received prestigious awards for his contributions to the field of the Fine Arts. The Honor Band personnel were fortunate to be under the direction of a conductor with such a proficient background.

The musical process started back at the beginning of December, where students gathered at Marian Central Catholic High School to audition for the McHenry County Honors Band. Nominated by their own band directors, this tryout would narrow the group of instrumentalists down even further.

Being selected into this elite ensemble came with its duties, having early as well as late rehearsal hours. Crystal Lake Central High School had 19 students placed, all whom represented their instrumental section with tiger pride. Other D-155 participating schools included Crystal Lake South High School, Cary-Grove High School, and Prairie Ridge High School, ultimately accumulating to a total of 8 districts and 13 high schools. From freshmen to seniors, different grades blended with different styles. All around, this massive group of 125 high school students truly highlighted the local talent.

Under the guidance of Mr.Thomson, the students practiced and performed a range of repertoire, from “The Hounds of Spring,” composed by Alfred Reed, to “Night Dances for wind ensemble,” by Bruce Yurko. This five-piece concert was preceded by much preparation, and the students performed for a wide audience of family, friends, and directors after three days of working together and getting to know each other.The program consisted of variety, allowing the MCHB members to explore, enjoy, and improve upon a scope of techniques.

The chance to play with other musicians of their caliber and to work under an esteemed director is a beautiful manifestation of the Fine Arts. It ties back to outstanding educators and devoted directors, teachers who put their heart and soul into shaping the students. The grand product is an uplifting tribute to music and those who admire the liberal culture, through practice, persistence, and passion. 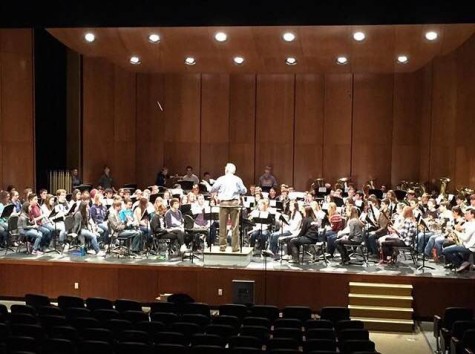