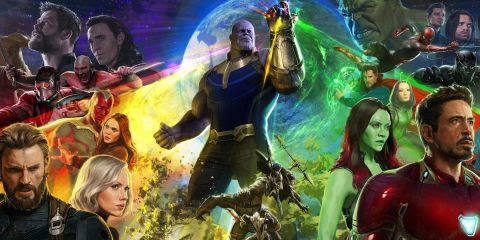 The Marvel Cinematic Universe did fans justice back in 2012 with the release of ‘The Avengers.’ The movie had been the ultimate mashup of the individual superhero flicks being produced for a good few years after their contract with Fox ended. The movie was an incredible ode to the line of comic books that brought together Marvel’s finest. The film was a hit and made $1.5 billion at the box office, rightfully making it the fifth highest grossing film in box office history. ‘The Avengers’ was a success and Marvel continued to succeed over the years with films such as ‘Captain America: Civil War,’ ‘Spiderman: Homecoming,’ and many others that received great praise.

And now, they’re about to do it again with the release of the next installment to ‘The Avengers’ this spring with the guaranteed hit, ‘The Avengers: Infinity War.’ Marvel’s line of movie series leads up to ‘Infinity War’ with different characters and concepts alluding to it being referenced in many of their films. Supposedly, ‘Infinity War’ will begin around the same time ‘Thor: Ragnarok’ ends, so if you’ve been keeping up with their line of films, you should feel right at home.

Once more, ‘Infinity War’ is also a showcase of the massive collection of pop culture icons that Marvel Studios has integrated back into the mainstream. In an action-packed trailer, Marvel takes time to introduce a variety of heroes and organizations in previous movies to sell the concept of their next release; this showcases an incredible combination of the Marvel Cinematic Universe featuring fan-favorite films such as ‘Guardians of the Galaxy,’ ‘Doctor Strange,’ ‘Spiderman,’ and of course, ‘The Avengers.’

I urge you all to go and check ‘Infinity War’ out in its planned release of May. ‘Infinity War’ offers something for everyone to enjoy in theaters and could very well be the best superhero movie to date. The battle is on CLC – where will you be?